I don’t believe in heroes 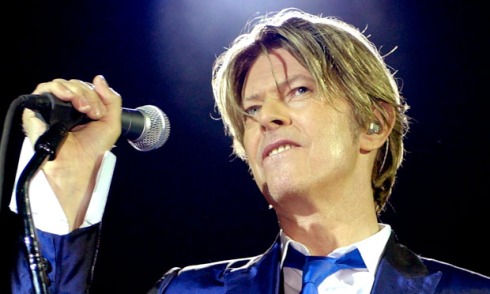 It’s unfair to designate someone a hero. Heroes are brave, wise, honorable, honest, and noble exemplars. And if you poke deeply enough into a real person’s life, you’ll likely be disappointed at what you find, what with humans being inclined toward selfishness, spite, and bad decision making. How can we expect someone to live up to the impossible standard of “hero” for one day, much less forever?

Ok, so what is Bowie to me? Beyond all doubt, a musical genius. Most artists stick to the one thing they do well and typically embarrass themselves when they venture outside those cozy confines. Bowie jumped musical genres like a nimble 9-year-old playing hopscotch, effortlessly trying on rock, pop, electronica, techno, folk, glam, R&B, and just about any other kind of popular music style you can name.

Yet, I can’t call him a musical inspiration. His songwriting and lyrical prowess is so far beyond my own that I am unable to channel even a feeble likeness of it. Hunky Dory is the very first album I ever bought, and it’s still my favorite. Every song on it would be the best song most other musicians ever wrote.

Bowie was also avant garde in every aspect of his artistry, be it his clothes, his music, his stage show, or his ever-changing persona. He was a charismatic actor, a playwright, and maybe even an alien. But not my hero. He smoked heavily and became addicted to cocaine and no doubt acted like an arrogant prick at times in the early days of fame. He surely disappointed people throughout his life and may have been rude to a fan or two.

Well, I guess there are two heroic aspects to Bowie, because they inspire admiration in me, and admiration is the main ingredient when you set out to make a hero for yourself. One:  After the Let’s Dance album sold a bajillion copies, Bowie could have spent the next 30 years reaping countless riches doing greatest-hits stadium tours. Space Oddity. Changes. Life on Mars. Ziggy Stardust. Starman. Young Americans. Rebel Rebel. Suffragette City. Ashes to Ashes. Let’s Dance. Modern Love. China Girl. Cat People. Under Pressure. LatherRinseRepeat.

Instead, Bowie continued his experimentation with such commercially inaccessible releases as Earthling, an unmelodic album laden with hard techno grooves that were sure to alienate the “greatest hits” crowd.

Two: Whether releasing albums he knew wouldn’t sell many copies (because he wanted to do something new), or dressing as a woman in public, or performing on Soul Train, or doing whatever otherwise struck his artistic fancy, he didn’t care what you, I, or anyone thought about it. He believed in his vision and followed his muse, and he didn’t need beta listeners or approval from anyone calling himself an expert.

Ok. On that count, I’ll let Bowie be my hero. Just for one day.

This entry was posted on Tuesday, January 12th, 2016 at 9:23 pm and tagged with David Bowie, heroes, inspiration, Music and posted in Essay, Music. You can follow any responses to this entry through the RSS 2.0 feed.
« What is the “point” of blogging?
Blizzard pics from New Jersey »

28 responses to “I don’t believe in heroes”