It’s not too late to enter my Worst Short Story contest!

I’ve gotten some good, I mean bad submissions so far, but I hope to see even more drek before this whole thing is done. Make the judging really painful for me!

You have until 11:59:59.999999 p.m. on September 30th to enter. The rules, prize, and other details are here, but the basics are: I’m looking for the worst short story you can write in 100 words or fewer. This is real Blaze of Glory stuff. Make your family proud.

The Next Big Trend in Writing: Writing.

At your day job, are you expected to be the company’s top salesperson, best engineer, most effective receptionist, savviest IT technician, hot doggiest recruiter, speediest delivery driver, wiz-bangingest marketing and public relations writer, snoop-lionest accountant, whip-crackingest plant manager, and least-distractible assembly-line worker? If so, you won’t last long. You can’t be all things to all people.

So why are writers supposed to be?

Get thousands upon thousands of rabid fans to follow my blog posts, tweets, and Facebook updates, despite that I don’t have a finished novel and, therefore, have no reason to expect such a loyal following. If I had a novel, I’d be querying it. That way, it could be published and I’d get some fans to follow my social media… um, wait a second….

2. Join a writing group and have lots of people read my stuff, and then do rewrites based on their suggestions

Cool. This is my personal focus group. At three pages of reading per week, they should have heard my entire novel by 2018. I’m going to go ahead and do rewrites based on what they liked and didn’t like, because they represent everyone in the world. Multiply the 3 hours above by how many people are in my group, since they’ll all have different opinions and I’ll need a separate version for each one.

3. Read in your genre so you know your competition

Great. I’ll run to Barnes and Noble and spend all my gas money on novels by people who also write whatever it is that I write. After a few months, I’ll be broke and realize that everyone is using the same plot. I’ll get depressed and quit writing. That will free up lots of time. Oh yeah, I can’t forget to be totally different from all those other writers, but still kind of the same.

4. Be awesome at dialog

Hours per week: 23 of practice

5. Be awesome at plotting

If you don’t have three exciting subplots, each of which starts with a non-gratuitous explosion, that twist together like a Celtic design and end up in a brilliant, dovetailing revelation, rewrite the whole thing. Because all published books have that.

6. Be awesome at using all five senses

If your characters can’t smell the meteor coming, get busy with the rewrites!

7. Be awesome at characters with history, depth, detail, and complexity

8. Read agents’ and publishers’ blogs and writing magazines to find out the latest trends and see what their successful clients do

Be sure to put aside at least three hours to rage after reading the examples of successful query letters that not only don’t follow the advice the agent just gave but, frankly, need serious editing.

Time spent per week learning to be a good writer: 200 hours

Time left over to work on my novel:  minus 32 hours

Number of famous, successful novelists who did all these things well: 0 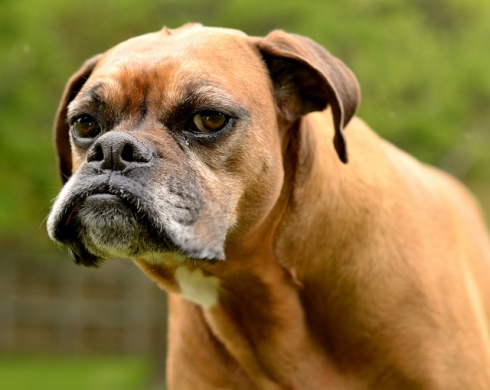 Writer and blogger Kevin Brennan really hates redundant quote marks following a certain word. So much so that he wrote haiku about it. Who am I to stand in the way of artistic expression? Here you go, courtesy of Mr. Brennan:

When using so-called,
Do me a favor, doofus:
No quotation marks!

So-called: efficient.
For the word that follows it
No quotes are needed!

It bugs me to see,
When someone uses so-called,
Subsequent quote marks.

No one, aside from weirdos, wants to read some boring post about grammar and punctuation. I’m not an English teacher, and I’m not in the business of excerpting textbooks. So let us keep this post on hyphens to one point. Ready?

This is an adverb:  quickly

This is the aforementioned point of this post: When modifying a noun with an adverb, omit the hyphen. The “ly” replaces it.

I know; writers hate adverbs and want them to suffer. But those poor, maligned parts of speech are in charge when nouns must be modified, no matter how beautiful the hyphen that comes traipsing along. See the action-packed example that appears after this paragraph break.

Wrong: The quickly-flowing lava raced down the volcano’s slope, enveloping the ancient monster, Rodan, before the beast could fly away.

Right: The quickly flowing lava raced down the volcano’s slope, enveloping the ancient monster, Rodan, before the beast could fly away.

When modifying a noun without an adverb, use a hyphen.

Right: The flesh-eating monster, Rodan, is impervious to all things. Except lava.

That is all for today. Other than, “Beware of Rodan.”

Little known fact: John Lennon was singing about punctuation abuse in this song. 100% of the proceeds from this YouTube video go toward improving the quality of life for hyphens. If I were the Beatles, though, I’d probably set aside $40 to buy a microphone stand so Paul and George don’t have to share.

Help shape my content with this scientifically validated poll!

I was going to call this post, “Take my poll. Please,” but I wasn’t sure if anyone under 30 would understand the reference and feared they might think I was being polite rather than paraphrasing Henny Youngman. So I decided to lie and claim a multiple-choice poll that allows you to pick more than one mutually exclusive answer is somehow valid.

Worst Story Contest Update: Entries are rolling in! Why not show the world your worst 100 words and submit something? The rules and details are here. By the way, no one has to take the prize. I am offering a $5 charitable donation to a potential overseas winner (in lieu of a physical prize I have to air mail), but anyone stateside who would rather a I make a $5 donation than mail a gag prize can certainly opt for that as well. You charity must be a legitimate national or international organization, and I will respectfully decline anything with a religious, political, or anti-LGBT agenda.

Why pay money to some jerk to submit your writing when you can enter my contest for free? Especially when the winner of my contest gets a real honest-to-goodness prize?*

That’s right; I am sponsoring my very first ever Worst Short Story Contest.  I’m looking for the absolute worst piece of flash fiction you can come up with. I want clichés, cringe-inducing dialog, hideous metaphors, and whatever else you can squeeze into 100 words.

2. It must be something unpublished that you wrote.

3. It must follow qualify as a work of fiction with at least one character and some sort of conflict.

4. You are not permitted to cry if you win. There’s no crying in fiction.

*Anyone can enter, but I’m only shipping the prize within the continental U.S. I love you, but my love is worth $2.50 in first-class shipping, not some crazy airmail amount. More details below.

If I get swamped with entries, I will have to come back to this post and update it as “closed.” If I don’t get any entries, I will be embarrassed, so make sure you submit something. I am the judge, jury, and executioner, and I will announce the winner at the end of September (21 days from now, which is plenty of time for you to come up with something dreadful). I will run the winning entry in October, along with three runners up, if I get enough submissions.

Want to know what you are playing for?

Only a brand-spankin’ used copy of William Shatner’s The Transformed Man, featuring such classics as “Mr. Tambourine Man” and “Lucy in the Sky with Diamonds.” Sweet!

HOW TO ENTER: Go to my contact tab above and e-mail your story (pasted into the e-mail only… no attachments, please) with the subject line: Worst Story Submission.

Disclaimers: As I wrote above, I’m only mailing this CD within the continental U.S. first class via the USPS, because overseas shipping is insane. Trust me, you don’t actually want this “music.” If the winner comes from outside the lower 48, I will instead donate $5 to a an established national or international charity of her choice, provided it is not in any way religious, anti-gay, racist, or political, and I reserve the right to ask for a second choice if I am morally opposed to the first one. Oh yeah, I’m asking for one-time rights to publish the winning entry and those of up to 3 runners up (if I get enough submissions), mostly because it sounds cool, like I’m a publisher or something. One entry per person, please.