Guest Post: How to Scare the Pants off Your Readers, by JH Mae

Editor’s note: You’d think that, as a writer of speculative fiction, I’d do a post on speculative fiction once in a while. Like so many other times in your life, though, you’d be wrong. Luckily, fellow WordPress blogger and speculative fiction writer JH Mae is on hand to do my work for me with this guest post she’s entitled How to Scare the Pants Off Your Readers. I’m not sure why she wants readers to walk around in their undies, but hey, who am I to judge? Read on… 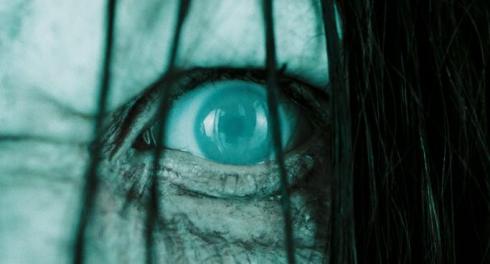 How to Scare the Pants Off Your Readers

We love to have the crap scared out of us. Some say that when we watch a scary movie, for example, we tap into an ancient need to be on edge. Modern, first world life is, after all, a little ho-hum.

Some think horror is just about seeing guts spilling out of someone’s abdomen or a crazed man in clown makeup chasing someone else with a chainsaw. While blood does make a horror story more exciting, a masterful piece of horror is so much more than that. A little violence isn’t going to stick with a reader, but the confrontation of our peaceful lives with dark, disturbing ideas we’d rather not think about? Truly haunting.

Horror is about facing that life isn’t as safe as we think.

Balance the absent and the present
Spine-tingling horror is ripe with the absent – the unknown, the unexpected, the unbelievable, the unseen, the unconscious and the unstoppable. All of these elements challenge our grasp on reality and tap into primal fears – of what we can’t control, understand, explain or stop. And while blood and guts are disturbing, limiting the gore until the moment when things have gone absolutely wrong intensifies the shock factor. Such restraint ignites the reader’s imagination – and there’s plenty of darkness hiding there.

So what should be present? I think the most important is the sense of helplessness. In everyday life, we have a sense of control in our fate, and to an extent we do. We’re not used to the notion that we have no options, no escape and no hope. Hand in hand with helplessness isurgency, to regain control when it’s been lost – it’s instinctual.

Confronting darkness
Some people are sick, evil, and violent. They have horrifying urges and desires, ones which manifest in any number of perverse, disturbing practices. If you were to look deep in yourself, you’d find some darkness lurking there, too.

We don’t confront our most primal fears every day. We like to avoid and pretend that the evil doesn’t exist in the same world that we raise our children and pay our taxes. In horror, the author must put these denied realities in sharp relief, showing the reader that demon lurking in the corner or the serial killer down the street. Make readers see what they don’t want to see and ask questions they don’t want the answers to.

Use normalcy to heighten the bizarre
Where some horror films in particular fail is by overemphasizing strangeness to the point it becomes unrealistic. If the setting and characters are unfamiliar, the reader isn’t going to put himself in the story. Putting the bizarre alongside the everyday makes the reader feel like it could happen to him; creating normal characters will have him looking at his own neighbors with paranoia; and creating a familiar setting will make him nervous in his own house.

Dan Simmons’ Carrion Comfort balances the normal and the bizarre well. Lead “mind vampire” Melanie looks like a nice old lady, lives like a wealthy widow and acts like your average closet racist. And yet she controls people by invading their minds and forcing them to commit violent acts. If she wasn’t so run-of-the-mill, her evil wouldn’t be so frightening. In the context of normalcy, the horrifying is heightened.

Weave in a little suspense
While these Writer’s Digest tricks are meant for a whole other genre, a horror story without suspense is like chocolate without peanut butter. One key element of suspense is the lofty viewpoint, where you let the reader in on the bad guy’s side of the story. The reader will see trouble before your protagonist does; as your main character approaches his doom, you’re reader will be squirming in his seat.

Other elements of suspense apply – incredible odds, multiplying problems beyond the horror at hand, a terrifying villain against an admirable protagonist. But in horror, shock comes from unpredictability – just because the reader wants your MC to come out unscathed doesn’t mean he should.

The 1979 sci-fi horror classic “Alien” is killer when it comes to suspense. The mere atmosphere of the film warns the audience that something bad is going to happen.

About the guest author:

JH Mae writes speculative fiction and has somehow managed to get published a couple times. For more about her work, visit jhmae.com or sign up for her newsletter.

Writer and blogger Kevin Brennan really hates redundant quote marks following a certain word. So much so that he wrote haiku about it. Who am I to stand in the way of artistic expression? Here you go, courtesy of Mr. Brennan:

When using so-called,
Do me a favor, doofus:
No quotation marks!

So-called: efficient.
For the word that follows it
No quotes are needed!

It bugs me to see,
When someone uses so-called,
Subsequent quote marks.