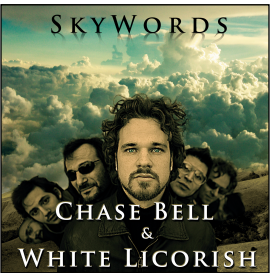 I shall begin, in most appalling fashion, with a tangent: Please excuse and do not misinterpret my use of the word “jazzy” in this review. Many people fear words related to “jazz.” They know jazz is supposed to be cool and hip and that fandom is a sign of musical erudition, but they just don’t like it. It’s weird, what with all that lack of commercial appeal and the odd time signatures.

To clarify, Chase Bell & White Licorish’s U.S. debut album, Skywords, is not jazz. It is a pop/rock record. I simply believe that every musician in this band secretly plays jazz when not recording pop songs as Chase Bell & White Licorish. This music has that spontaneous, textured, lively feel of jazz, and, like great jazz recordings, it brilliantly captures the natural ambient quality of the instruments.

Damn, too many uses of the j-word so far. Pop pop pop. Rock rock rock. How’s that, Google search algorithms?

Lyrically introspective and musically adventurous, Skywords is pop music that defies easy classification in the same way that old Police albums did: They were pop, but even casual listeners could sense that a lot more than three-chord Monte was going on. Like Sting did after he left the Police, Chase Bell & White Licorish expand on the “sophisticated pop” concept by 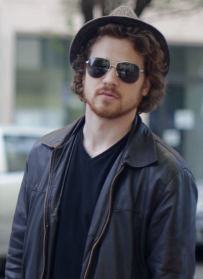 Bell’s voice resides in the higher-pitched Bruno Mars range, while the melodies and phrasing evoke John Mayer. As a listener drawn to belters with lots of power, I did not find the singing on the album immediately attractive, as Bell tends to use a lot of soft falsetto as he jabs and rolls his way through and around the arrangements. That said, the style suits the jazz-infused (yeah, I went there) musical arrangements perfectly, and the songs draw the listener without resorting to excessive production or digital effects. The best word I can use to describe Chase Bell & White Licorish’s music is “organic.” From an old-school guy like me, that’s a big compliment.

To learn more about this artist and hear sound samples, check out chasebell.com.