The 3 Keys to Writing Success

Disclaimer: I don’t know what the heck I’m talking about. But neither does anyone else, I reckon, or that expert would be the only person a writer ever listens to. So it’s possible that, however accidentally, my advice today is worthwhile.

If a writer tried to follow all the writing tips flying around on WordPress, agent/publisher blogs, and in writing magazines, she would probably explode like that robot on Star Trek who couldn’t handle paradoxes (by the way, why do electrical things in the twenty third century explode instead of flashing a useless error message like every HP printer I’ve ever owned?).

If you’re a writer, I’m sure you’ve found yourself exasperated by all the contradictory messages (sometimes from the same source) about what you should be doing that you’re not. I used to get frustrated too, but then I stopped listening to advice and became much happier.

I think a lot. I analyze. I study logic. If someone said I reminded him of Spock, I’d take it as a compliment. Through thinking and analyzing and logicating, I’ve formed a hypothesis that the following three activities are the keys to writing success, and the rest is noise. They are drawn from the worlds of business, sports, entertainment, science, and personal observation.

If you see me selling lots of books with my name on the cover someday, that means my test supports my hypothesis, ‘cause the following are going to be my three writing practices from now on. If I’m wrong, you will have long forgotten this post and me. I can’t lose!

Whatever you do—be it knitting, painting, playing Pong, photography, writing, or following some 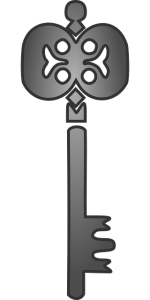 other passion—nothing beats practice. The Malcolm Gladwell 10,000-hour rule, however unscientifically derived, is hard to argue with on a practical level. If you want to be an advanced writer, you’ve got to hammer through the beginner and intermediate stages. If you can’t push through, you aren’t cut out for having writing passion.

Kristen Otte is an author many of you know from WordPress. She writes a cute children’s book series about the adventures of Zelda, her pet pug, as well as sports-themed young adult novels. Her prose is as clean, slick, and professional as any you’ll find in Barnes and Noble. Although I believe there’s such a thing as innate talent, I’m convinced Kristen’s work is that good because the woman is simply possessed by the urge to write. She writes a lot. Her daily tweets typically say things like, “Finished another manuscript today.”

To get good, we gotta write.

Ripped from the pages of business books!

People often dish writing advice based on their personal quirks and preferences rather than on proof that what they say is true. I’m sure you have your own advice peeves, but my two are “You have to use an outline” and “You have to join a writing group.”

Since heaps of authors have written blockbuster novels without using outlines (Stephen King, Elmore Leonard, and JK Rowling, for example), and tons more never joined a writing group, the above declarations are really just personal choices. If you write better with outlines, use outlines, and if you enjoy the support and experience of a writing group, join one. But don’t tell me I have to.

I prefer to study what a successful person did to achieve success, not what [irony/paradox alert] people like me say. Everyone takes a different path, of course, but as with practice, you can’t argue with success. If Writer X makes the bestseller list, don’t you want to know how?

It works in business and sports, so why not in writing?

Stop Worrying about What Other People are Doing

Do you know what type of athlete is most successful? The one who keeps practicing when others are off watching TV. The one who doesn’t worry if someone else scores more points or gets more press. The one who listens to his editor coach. Any sports psychologist will tell you so.

Another bit of advice I often get is to read everything in my genre and know what my competitors are doing. Why? Is that going to make my writing better? Is it going to help me finish my novel? I doubt it. From one writer to another, I wish you success, but when I’m creating, I ain’t thinking about you, and you shouldn’t be thinking about me.

Bonus: A key to blogging success is “Keep it under 800 words.” So, on that note, peace out homey.

Don’t forget to sound off in the comments!

This entry was posted on Thursday, September 18th, 2014 at 10:10 pm and tagged with getting published, Kristen Otte, Novel writing, Writing, Writing advice and posted in On writing. You can follow any responses to this entry through the RSS 2.0 feed.
« 3 words every insecure writer needs to understand:
A little sliver of writing motivation, just for you »

55 responses to “The 3 Keys to Writing Success”