I made the above statement a few days ago and impressed myself enough to use it as a blog post title. If someone else already said it, please don’t tell me. Let me keep the fantasy alive of one day appearing in the “Quotable Quotes” section of Reader’s Digest. 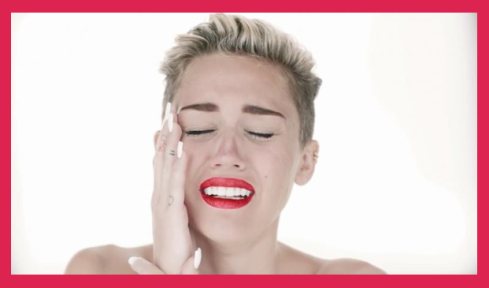 With so many of you on summer hiatus, I’ve been forced to troll WordPress in search of blogs to read. Here’s something you missed (besides endless talk of Jennifer Lawrence’s nude photo leak): People complaining that they can’t get their novel or story published, can’t get an agent, can’t win a writing contest, can’t get blog traffic, can’t get motivated to write, and so on. Common theme: It’s a conspiracy.

I feel like I’ve been a supportive member of the blogging community. Some writers I encounter on WP are experienced professionals while others are still trying to develop mechanics and find a voice. Wherever people fall on that scale, I am always willing to offer encouragement.  Because really, the difference between good and not-good is often practice. Innate talent helps, but talent is nothing next to determination.

We should all agree that, to be successful at something (define success your own way), you must engage in activities that get you closer to your goal. For writers, that includes writing, reading, learning and researching, observing, and seeking feedback from writing groups, beta readers, or editors. Getting to know people in the industry can’t hurt, either.

Lamenting one’s struggles publicly will not bring writing goals closer to realization. Time spent bemoaning could be time spent on one of the constructive activities mentioned in the previous paragraph.

I read a dead-serious blog post last week from a writer complaining that, no matter how much she writes, she is still nowhere near as good as John Steinbeck. Poor thing. The Fates have conspired to stop her from being a generational genius who writes some of the most legendary works in the entire history of fiction.

Note: None of us is owed a place in the pantheon of great writers.

I think I’m a pretty good writer. I believe my novel-in-progress is, if nothing else, clean of prose, and it has potential to be a fast-paced page-turner. Those are my opinions. I know, as a statistical fact, that my chances of getting an agent to rep it and a publisher to buy it are almost nonexistent.

If I were to say, “It’s just too hard. Look how great I am, but they still don’t want me. I quit,” I’d be doing a disservice to you and me. To you, because I would be dismissing your talent and effort and desire as inferior to mine; and to me, because I’d be taking an almost nonexistent chance and turning it to an impossibility. I can’t publish a thing I never write.

This entry was posted on Monday, September 1st, 2014 at 8:05 pm and tagged with blogging, getting published, Novel writing, Writing and posted in On writing. You can follow any responses to this entry through the RSS 2.0 feed.
« People of the Internet: Please stop writing in clichés
I’m finally one of the cool kids »